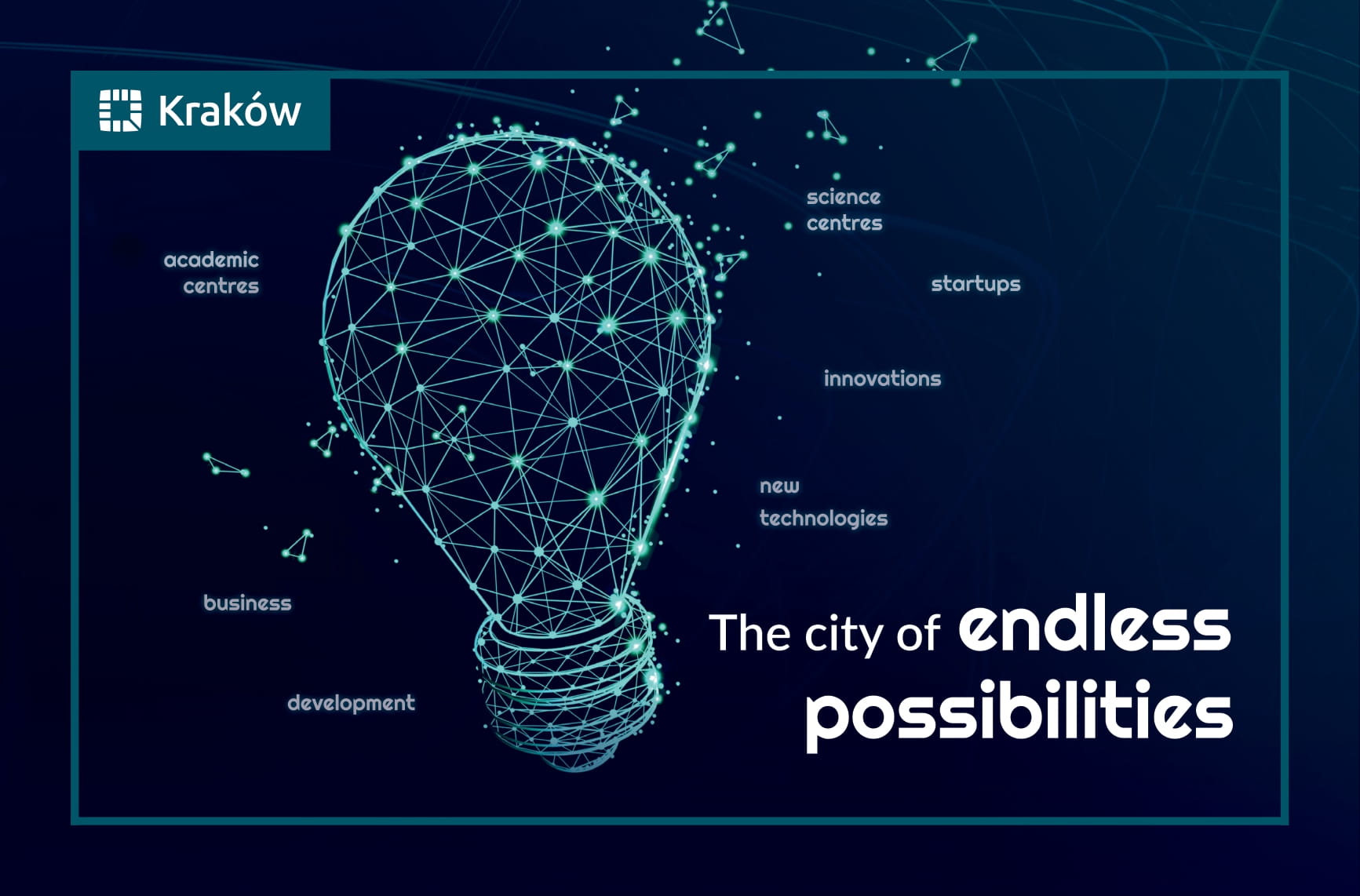 Krakow – due to its demographic, economic, social and scientific-cultural strength – ranks second in Poland among cities. It has unique values that are the basis of its economic development and an increase in the quality of life. It has high-quality human capital at its disposal. It is a city people consciously choose as a place to live, work, study, spend free time in a variety of ways. Sustainable development and the ability to meet specific challenges with the skillful use of own resources are the main priorities.

The academic center, with its 650 year old University, is permanently connected with the city and builds an unrepeated resource of knowledge in a unique way. It is the key to competitiveness and innovation not only of Krakow, but also of the entire region. The intensively developing economy based on knowledge is a completely new process in the economic life of the City, which makes it part of the modern economies of the world.

The overriding goal for Krakow is not only to be a modern city but also to be proud of its historical heritage. It aspires to be an open, rich, friendly and safe metropolis, vibrant with culture. Smart management and strengthening the sphere of modern services and the research and development sector are the foundations for the development of Krakow - a city where innovation and effective cooperation between science and business are the focus.

We invite you to visit our website and learn about the possibilities offered by magical Krakow - rooted in tradition, sensitive to everyday life and open to development: https://business.krakow.pl/.

Krakow is the one of the oldest and largest cities in Poland. It is located in the southern Poland, on the Vistula River. For centuries Krakow was the capital of Poland, the seat of kings, attractive for great scientists and artists from all around the world.

For many people, thanks to its rich history, Krakow nevertheless represents a synthesis of all things Polish, connecting tradition with modernity. In the special atmosphere of the beautiful and mysterious streets of the Old Town and Kazimierz district you will find everything you need to allow you to escape from everyday life. Galleries full of exhibitions, cafes, pubs and restaurants: all of this is an integral part of any visit to Krakow. And all this is merely a modest part of what we can offer travellers seeking exciting destinations on the world map.

Each place here has its own history, and numerous interesting legends and tales related to them still survive in the inhabitants' memories. The renaissance Royal Castle at Wawel, the gothic St Mary's Basilica, the historical trade pavilions of the Cloth Hall, the former separate Jewish city of Kazimierz, and even the Nowa Huta district, absorbed by Krakow together with its socialist-realist, industrial architecture, are all places which make a visit to Krakow extremely worthwhile.

The Krakow Market Square, set out in 1257 during the granting of the Magdeburg rights to the city, is still one of the largest in Europe. It used to be a place of trade, divided into zones, with many small shops, the official municipal scales, food storage warehouses, the fish market, coal depot, even a chicken market. As early as in the 12th century, a network of mostly perpendicular streets was set out around the Market Square, with the earlier buildings incorporated into them in places (among others, Grodzka Street). In the centre of the Market Square, a medieval trading hall, the Cloth Hall (Sukiennice), was erected, as well as the Town Hall, of which only the tower has survived until our times. The Cloth Hall (Sukiennice) is one of the most important buildings in the city. It has been reconstructed many times and does not resemble the original plan of the building. It used to be a street crossing the market from north to south with shops on both sides. The street was then roofed.

In the Market Square at the end of Floriańska Street there is one of the most important churches in Krakow - the twin-spired St Mary's Church with its famous medieval altar by Wit Stwosz (the largest wooden Gothic altar in Europe) and where, every hour the brave trumpeter of Krakow still calls out his warning – called the Hejnał. Today it is heard at midday across Poland and around the world (the magic of national radio broadcasting). The horn stops suddenly in mid call in remembrance of the guard struck by an arrow when warning the people of Krakow of the approaching enemy.

The splendour of the bygone times is evidenced by the Krakow tenement houses, preserved until this very day. The richly decorated elevations can be admired around the Market Square - as well as in Floriańska, Grodzka, Bracka, Kanoniczna and other historical streets. An interior of a 19th century bourgeois tenement house can be viewed in the Hipolitów Tenement House (Plac Mariacki 3, a division of the Historical Museum of the City of Krakow).

Wawel Hill, crowned by Wawel Castle and Wawel Cathedral and the seat of royal power up until the 17th century. The Castle was home to many Polish kings and queens and the royal crypts in the Cathedral their final resting place, along with several other Polish heroes. The first settlement, the Wiślan, on the Wawel hill dates back to the VIII c. In X c., several bishops of the early Christian church resided here and a Pre-Roman church, The Church of Our Lady Mary, was constructed. At the beginning of the XI c., a Roman-Gothic castle and cathedral were built. Reconstruction of the buildings was carried out under king Alexander Jagiellon at the beginning of the XVI, with a number of chapels being added to the cathedral. In the crypt of the cathedral are the royal tombs from this bygone era. The castle was reconstructed again during the reign of King Sigismund I the Old, 1517-1533 and the Renaissance arches and arcades were created in the courtyard. The state rooms around the courtyard and the arcades have come down to our present time almost untouched. Once the coronation spots for kings and queens, it's the city's number one tourist destination. By 1611 the Wawel was no longer considered the official residence of Polish Kings and Krakow lost its rights to being called the capital city of Poland. Beneath the castle there is a dragon's den, a cave that keeps the kids on tenderhooks with tales of vaporised maidens, and a fire-breathing replica greets you at the exit on the banks of the Wisla, or Vistula River.